What could be more tedious than a recounting of ones dreams?

There were zombies everywhere. Maybe not zombies. But dirty, sick, violent hordes. You know the routine. One of them came up to me as I fled (or was trying to) and said, "You want to see this-" (piercing her own cheek deeply with a finger and tearing flesh off) "but I want to see this" (touching my skull and eliciting a memory, not mine.) 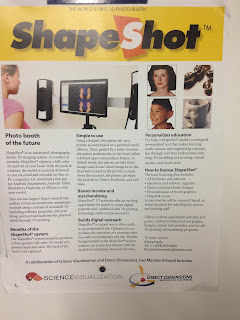 A child's face as a coffee mug. A skull, a mask. I remember reading about how the families of the murdered women in the NAFTA border towns would deliberately stall, pretending not to be sure if the forensic busts made by an artist were their loved ones. So they could spend more time with them.

There is so much pseudoforensic on TV these days. Everything gets solved.

What could we make of ourselves? Faces are the most cost effective thing to entertain a baby or toddler. If you have nothing at hand, you can make a face for a child. Show your tongue, pull your flesh. So economical. We all get one.

Museum in the Tropics

On vacation in Costa Rica, I made a stop at the Museo De Arte Y Diseno Contemporaneo in San Jose.

The museum was a refreshing change of pace and perspective. I felt immersed in a rainforest while viewing the show even though the gallery space was shelter (I almost forgot I was in a city).

The work was seamlessly curated, flowing from one piece to the next. Installations of tropical domestic plants are seen alongside a video of a woman ingesting a poster of the rainforest.  Screens suspended in the air with projections  of the rainforest, and paintings with great palletes that I'm not used to seeing.

I saw very interesting work by two different artists so carefully and discreetly displayed that I almost missed them. One piece by Jorge Warner was tucked around a corner. 3 vertically suspended flat panels of what looked like living gardens covered both sides and occupied much of a small room.

The second artist's work inconspicuously became part of the gallery wall. Jessica Kaire from Guatemala had a piece called Libertis which consisted of a couple of small peepholes. When you looked through,  you saw a intimate domestic spaces like a unoccupied bedroom. The spaces such as this model bedroom felt off-putting, strange, but real. One of the peepholes had small steps almost for a child to look through.

There's much to think about after visiting this little museum.

Growing up and going through school, I always had to make these little cheat sheets which consisted of a tiny piece of paper crammed with as much information as possible about trigonometry or some other subject. We were allowed to bring that sheet in with us when writing a test.

I used a lot of highlighters and different colored pens. In the end, I didn't care much for any content on that paper, but I was always excited to see how the sheet looked--how the information was organized.

Here is a cheat sheet for experiencing Newark.