The Edna Experiments is a multi-media installation project based on the found diaries of a rural housewife named Edna. The diaries span approximately 15 years—covering the late 1950′s to early 1970′s— and are full of meticulous everyday details but no emotions whatsoever. The books are records of an edited life, where what is preserved is terse, systematic and rooted in domestic and rural labor. Insight is gained only through repetition of action (washing, ironing, mending), as very few entries stand out above the others. In addition, Edna’s writing forces us to interpret and imagine what we assume are the missing details. That act of interpretation is a key point of interest in the project.

The diaries not only represent records of personal discipline (Edna wrote almost every day), they are also archives of banal moments that rarely get memorialized. Edna’s diaries question what constitutes a lived life. They reveal how the things we leave behind frame our lives after we die.

Blithe Riley works in video, performance & installation. Her practice investigates systems that regulate human behavior, including self-induced structures as well as those inflicted from external sources. Riley received a BFA from Alfred School of Art and Design in 1999, and an MFA from Carnegie Mellon University in 2005 where she taught courses in video and performance. In 2009 she was a resident of Skowhegan School of Painting and Sculpture, and an Aferro Studio resident in 2010. Her work has screened nationally & internationally at venues such as the Lower Manhattan Cultural Council, The Kitchen, Roulette, Broadway 1602 Gallery and Monkeytown in New York City, The Warhol Museum in Pittsburgh and The European Media Arts Festival in Germany. She has taught classes at Columbia College Chicago, Parsons, and George Washington University. She lives and works in Brooklyn, NY. Riley also makes site-specific video and performance work with artist Mary Coble. Together they have made work in an abandoned spring house in Maine, and in a soon-to-be demolished housing project in Northeast London. Their collaboration is represented by Conner Contemporary Art in Washington, DC.

Posted by Emma Wilcox at 6:13 PM No comments:

At the beginning of my artist career, I was doing performance and video art. Since then, I am aware of the public or audience. I found this to be an interesting exhibit and reading : Without You I'm Nothing: Art and Its Audience
Posted by Patricia Cazorla at 10:58 AM No comments:

is by artist Katrina Bello. Down the street on Broad St:

http://web.mac.com/kimbello/iWeb/kimbello/home.html
Posted by Emma Wilcox at 12:26 PM No comments:

Shoutout to alumni here! Top image: Ann LePore in her studio during Open Doors 2010.
Bottom image: public interaction with Kate Okeson's exhibition in the Liminal Space.
and thank you very, very much to the Geraldine R. Dodge Foundation for their support of Gallery Aferro.
Posted by Emma Wilcox at 5:19 PM 2 comments: 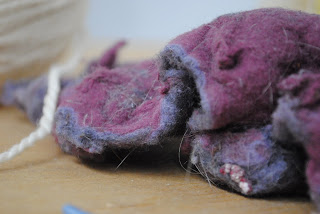 lint from Julie and her cat Charlotte 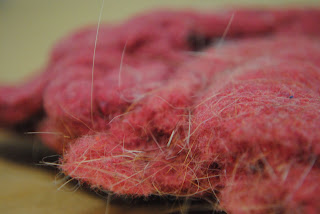 lint from a studio mate 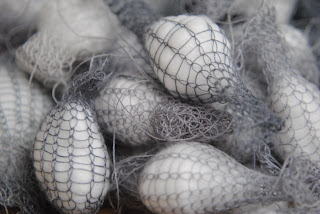 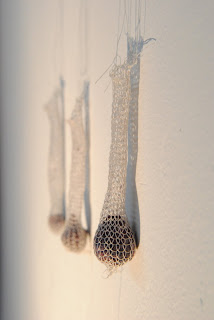 I'm trying to think of a name for this. Maybe 'Gathering For a New Coat' 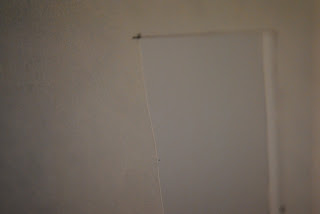 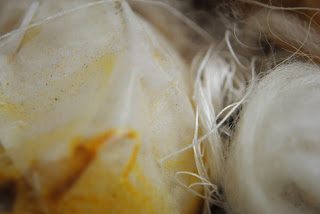 in my supply box 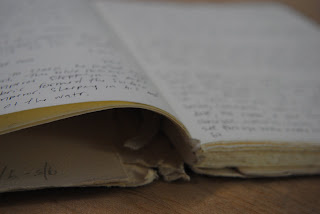 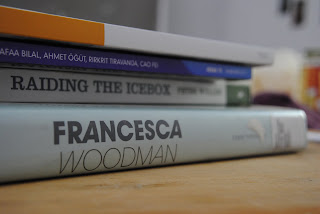 These young women are part of our new education program, Identity Blueprint. Check it out!
Posted by Emma Wilcox at 3:35 PM No comments:

This has been all over the internet for a while, but as it is dead on, I see no reason not to share it here: