Mark making is something I care about, as a reader and artist.

New Australian passports allow a third gender option, which is "X". My initial reaction to this was pleasure that at least one country in the world is doing something progressive. But my mind kept wandering to X as "blank" somehow conceptually. I also was thinking about X as a substitute, as in signing with an X, and leaving it as a variable. Evonne pointed out the X is the unknown.

On a humanistic and practical level, I'm thrilled about this new development and the only people whose opinion really matters, I think, are the bearers of such passports. But in honor of this news item I'm suggesting X as a totally open ended blog topic for the next month. 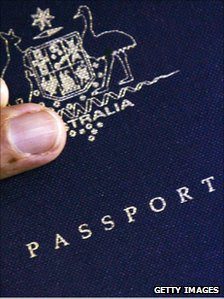 "Australians have been given a third choice when describing their gender on passport applications, under new guidelines aimed at removing discrimination.

Transgender people and those of ambiguous sex will be able to list their gender as indeterminate, which will be shown on passports as an X.

People whose gender was different from that of their birth were previously required to have reassignment surgery before they could change their passport to their preferred sex.

An Australian senator, Louise Pratt - whose partner was born female and is now identified as a man - said the reform was a huge step forward.

"There have been very many cases of people being detained at airports by immigration in foreign countries simply because their passports don't reflect what they look like," she told Australian radio.