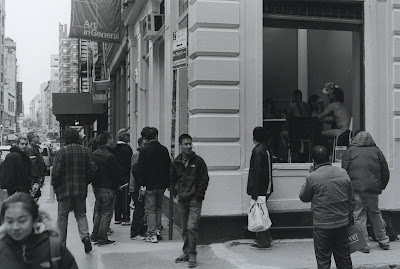 Over the past weekend I was out in the New York City attempting street photography. I was on my way to China Town when I randomly stumbled onto a building where these people were playing strip poker; hey it is the city after all I thought.

I didn’t notice what was going on but I began snapping photographs of the crowd in front of me. What really attracted me at first were the curious faces of the public. There was a large crowd of people who were all staring into this building. There was a lot of curiosity to what was going on as all of these people were innocent pedestrians. I quickly took advantage of this moment and continued photographing all the reactions of the public crowd.

Each person there had a different reason for staring into these large opened windows. Most of them were plain dumbfounded as to why these men and women were naked while others were there for simple enjoyment. What I loved was the different types of people I saw and their reactions. Since this was New York City, there was a bunch of different types of people. Everyone had something different to say about themselves and what was going on. Even the passing cars driving the road noticed the event beyond these opened windows, some even yelled out their windows.

I’ll raise you one is a continuous strip poker game through opened windows. The game is held inside Art in General’s storefront, transforming it into this public absurdity where anyone is allowed to engage with voyeuristic freedom. After each game ends, everyone redresses and another game begins. This ritual is performed through out the workday from 10:30 am to 06:00pm daily. Anyone can view this exhibition through out this week until the 19th be sure to check it out, I was lucky enough to run into it myself, oh and I saw Jake Gyllenhaal walking about too! Great weekend.

I’ll raise you one… 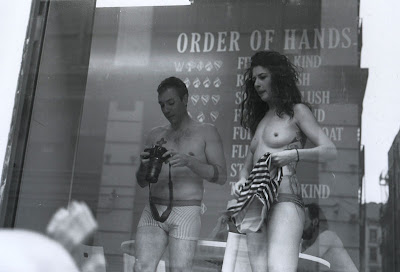 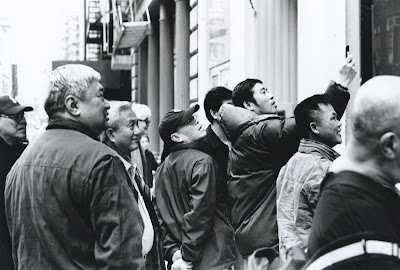 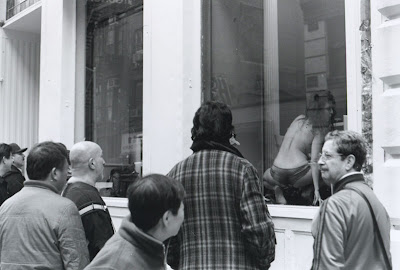